Birdwatching in Brandenburg On the trail of the wilderness

Brandenburg is known for its wealth of bird species. Many of them are rather rare species, such as the bittern and the black stork. The endangered corncrake has its largest presence at the Unteres Odertal National Park. The park´s unique habitat makes it one of the most ideal bird watching places in Brandenburg. Frequent guests in Brandenburg are storks (white stork) and cranes (common crane). There are over 40 breeding pairs at Rühstädt stork village in the Prignitz region. The extraordinary elegance and unique sound of the crane can be seen and heard at Linumer Teiche (Linum ponds). The passage of birds in autumn represents a one-of-a kind nature spectacle as thousands of cranes are seeking their places to gather, rest and roost in the State of Brandenburg.

An insider´s tip for your exploration is the Havelland Luch near Buckow, a lowland area in the Westhavelland Nature Park. This area is home of the great bustard, who has become very rare in northern Europe.

Storks of the Prignitz region

More than 40 present breeding pairs - amazing! Among the towns across the Flusslandschaft Elbe-Brandenburg Biosphere Reserve, Rühstädt is leading in terms of stork presence and has been awarded the title "European Stork village". Reason enough to celebrate the popular stork festival on the last July weekend of each year.

The town, however, is not only worth a visit in summer. From the Rühstädt visitor's centre, several expeditions also start off in winter. From October to March, thousands of cranes, whooper swans and Bewick's swans, as well as bean geese and greater white-fronted geese roost all around the nature park. Beginning in Rühstadt, the biosphere reserve can be explored by bike or by foot. 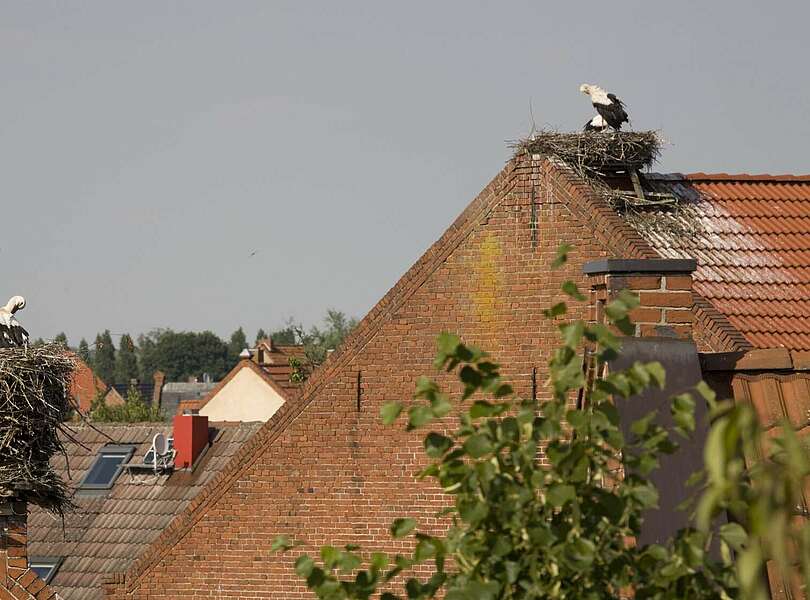 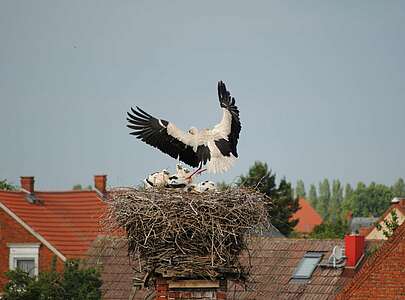 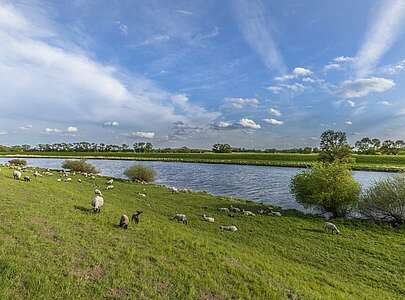 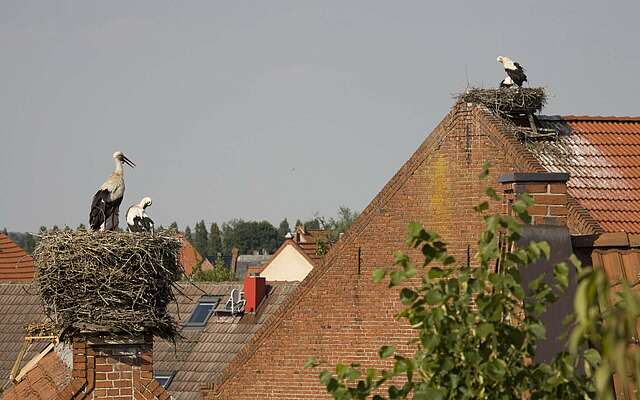 Linumer Teiche
The Linumer Teiche (Linum ponds) are nestled in the bird sanctuary of the Rhin-Havelluch (European Bird Directive). They belong to the largest roosting site for cranes in Brandenburg. One can observe the exceptional night-time approach of several thousand cranes and geese during October and November in the surrounding area of the ponds - a unique phenomenon in Central Europe. In fall, over 80,000 cranes gathered in the territory during the peak season. Other species likely to be spotted on the 36 ponds are the osprey, white tailed eagle, grey heron, great egret, ducks, common terns, common kingfisher, reed warbler, and other species.

Tip: During the day, the cranes are easily spotted on the harvested corn fields. The areas are easy to make out from the roads south of the A24 motorway (section: Fehrbellin-Linum-Kremmen). The evening approach is best seen right next to Linum district. As roosting sites and flight routes are subject to change, it is recommended to request the currently ideal locations at Storchenschmiede.

Arrival: Coming from the A24: take exit Kremmen or Fehrberllin and continue further toward Linum. Seek one of the designated parking places in Linum. 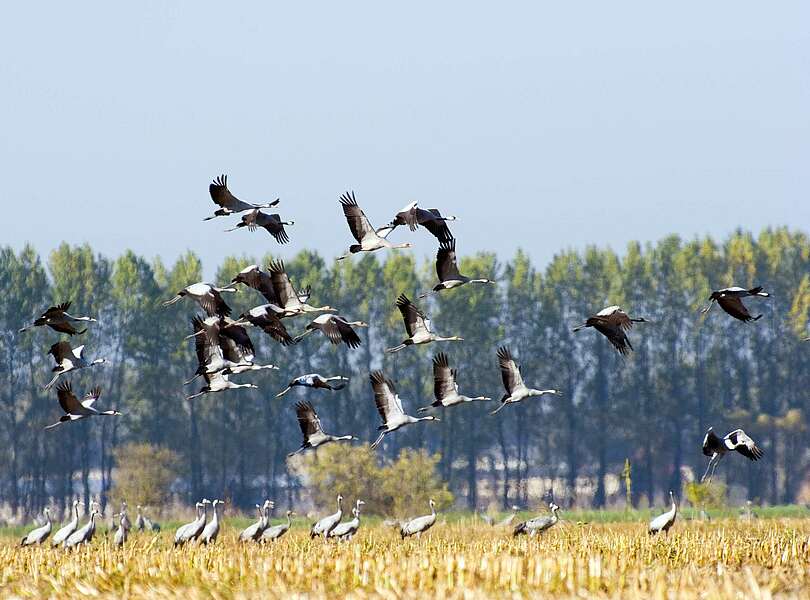 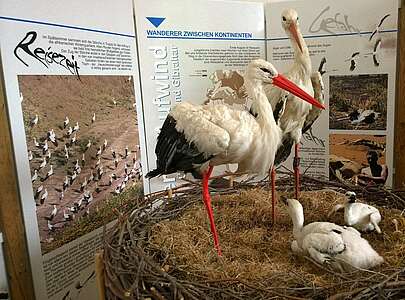 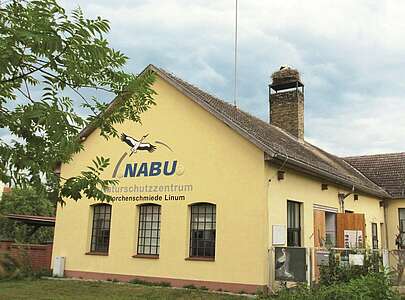 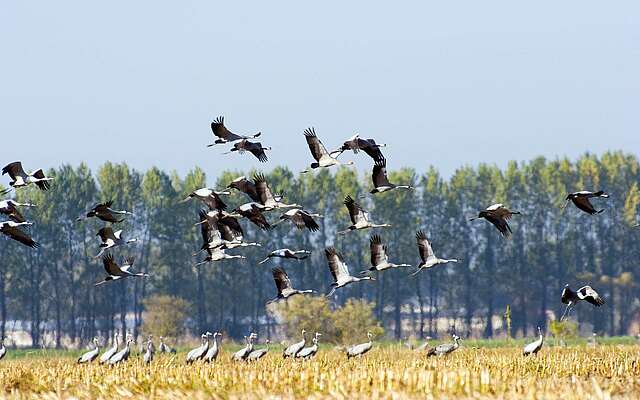 Bird life in the nature park always remains interesting. Thousands of aquatic birds are gathering in spring. To be seen among these are mainly white-fronted and bean geese, as well as many duck species, which, depending on the weather conditions and flooding duration, will stay in the nature park until late April. The abundant water across the inundated meadows attract lots of wading birds (coursers). Typical migratory birds with several thousand birds per species are pewit, common snipe, European golden plover and various duck species.

All year round, the great bustard´s mating season attracts bird enthusiasts to the Havelland Luch in the Westhavelland.

Autumn at Westhavelland Nature Park is known for the passage of Nordic geese and cranes, posing a stirring nature spectacle. 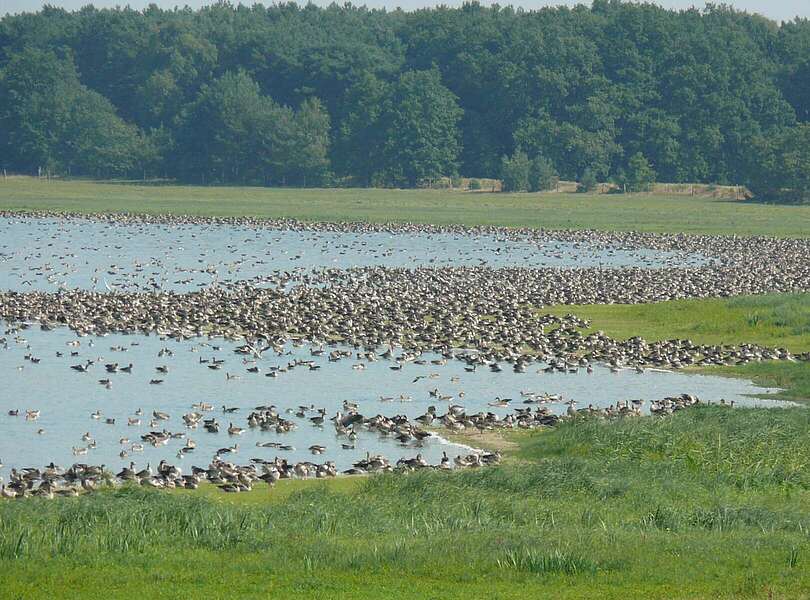 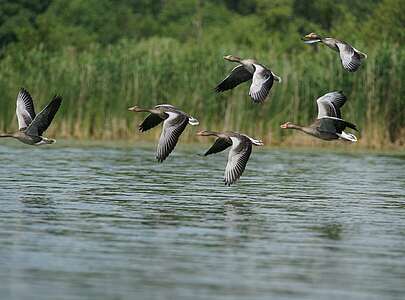 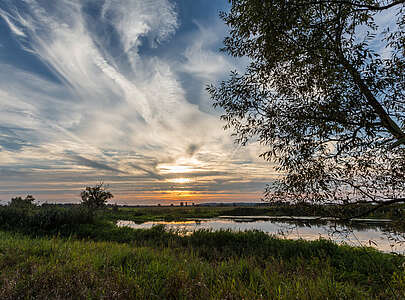 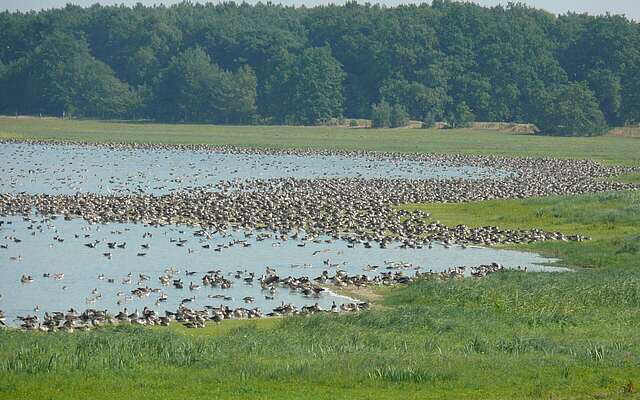 The National Park holds international significance for bird species and is a protected bird sanctuary in Europe. 145 regular breeding species have been counted in the national park, another 43 species occurring here regularly make up roosting and winter birds. In total, 292 species have so far been observed.

The River Oder landscape, which serves as a guiding line for birds on their flight, is one of the most important inland roosting and migration areas of East Germany. In spring, up to 100,000 geese, ducks and swans can be counted. Aquatic birds, marsh and meadow birds, as well as forest bird species find untouched nature and breeding spaces. Up to 10,000 cranes gather in autumn.

Observation towers exist near Mescherin, Schwedt (at Lake Wrechsee), and Stützkow, and at Seeschwalbe observation cottage near Gatow. The best times are from mid-February to June and from September to October. 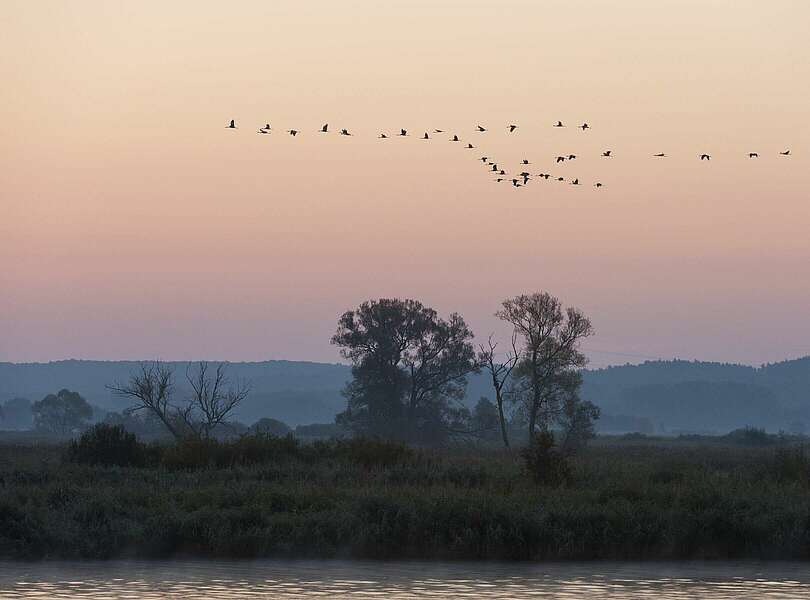 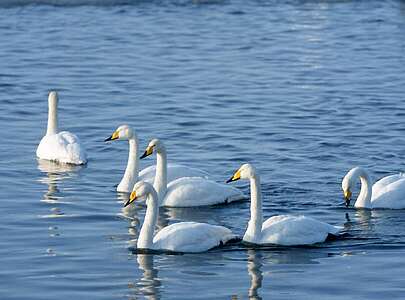 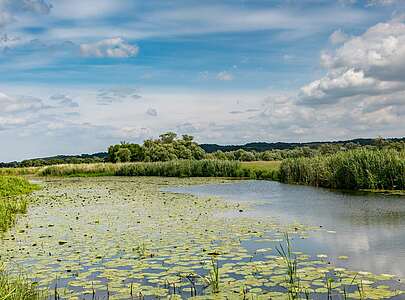 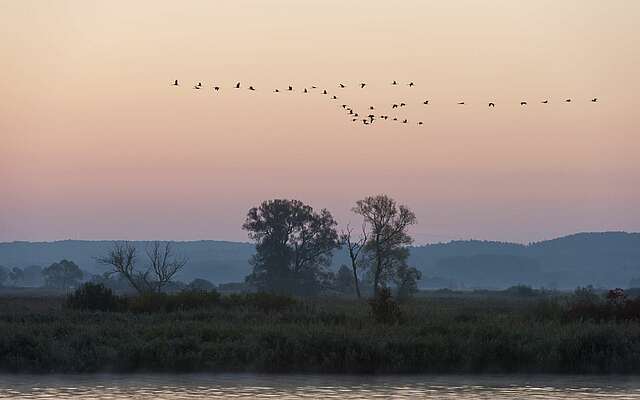 Other activities in nature